Ninety Minutes of Pleasure: My Visit at Fast Line Salon

As soon as I found out that Mariya Terekhova owns a beauty salon called Fast Line Studio, which specialises in 90-minute hair/mani/pedi combos – I was intrigued!

Perhaps it’s rare but I do NOT love spending 2-3 hours at the hairdresser. The last time I had a pedicure done (without the nail varnish), it took close to 1.5 hours. So, in a nutshell – I am the perfect client for the 90 minute job!

Planning the IWAK Festive Fundraiser this year, the Committee brainstormed on a list of items we could offer to raise funds for our chosen charity – the local Animal Shelter. And Mariya very kindly donated two vouchers to her salons! I say salons because, in mid-December, she opened a second location in Zabołcie, the first being in Huta. I hovered around the Silent Auction making sure I would win and – finally – yes! There I was – the highest bidder for this voucher.

As Christmas drew closer I was held up indoors with Covid, and a ton of unforeseen work. Deadlines, quarantine, Christmas organisation. I missed Mariya’s official opening, and I was despairing at how I would look at Christmas. I finished my commission on Thursday 22 December and saw the light at the end of the tunnel; some time to spare on 23 December, around making herrings and mushroom soup, i.e. the day before we Poles celebrate our main Christmas feast – Christmas Eve.

Fortunately for me (less so for Mariya), due to a wave of illnesses, some clients had cancelled their appointments. And I found myself sitting on a throne in the middle of the lovely, modern salon in Zabłocie, a glass of prosecco in hand (a pre-Christmas treat), speaking Polish, English and a tiny bit of Ukrainian with a mob of super friendly beauticians all there to work on ME!

During this pamper session, I had my hair and scalp health assessed, my prosecco glass refilled, my feet completely rejuvenated and decked out with glorious plum coloured shellac polish! For my finger nails I chose a Christmassy (and also red wine) coloured burgundy. And, in a flash of inspiration, I had a good bit of my hair chopped off.

I left the salon literally feeling like a new person. Especially after weeks of slouching over tedious texts and barely leaving the house. At Christmas I surprised everyone with my new bob. I thoroughly enjoyed every bit of the experience. And yes – it really was completed in 90 minutes! I did stay a little longer though, to make sure my nail polish dried properly. I was also offered the salon’s standard treats of water and coffee. The staff were delightful.

That was definitely my best Christmas present this year!

To book your experience go to: https://fastlinestudio.pl/ 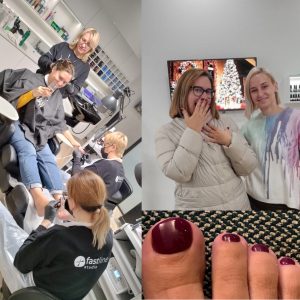 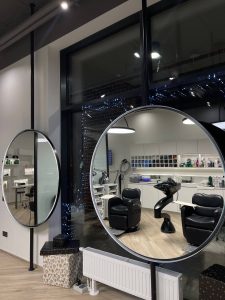 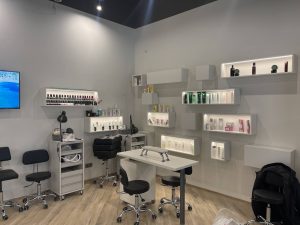 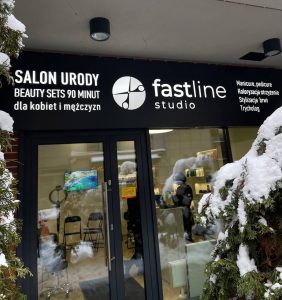 Your ticket for the: Ninety Minutes of Pleasure: My Visit at Fast Line Salon

Ninety Minutes of Pleasure: My Visit at Fast Line Salon